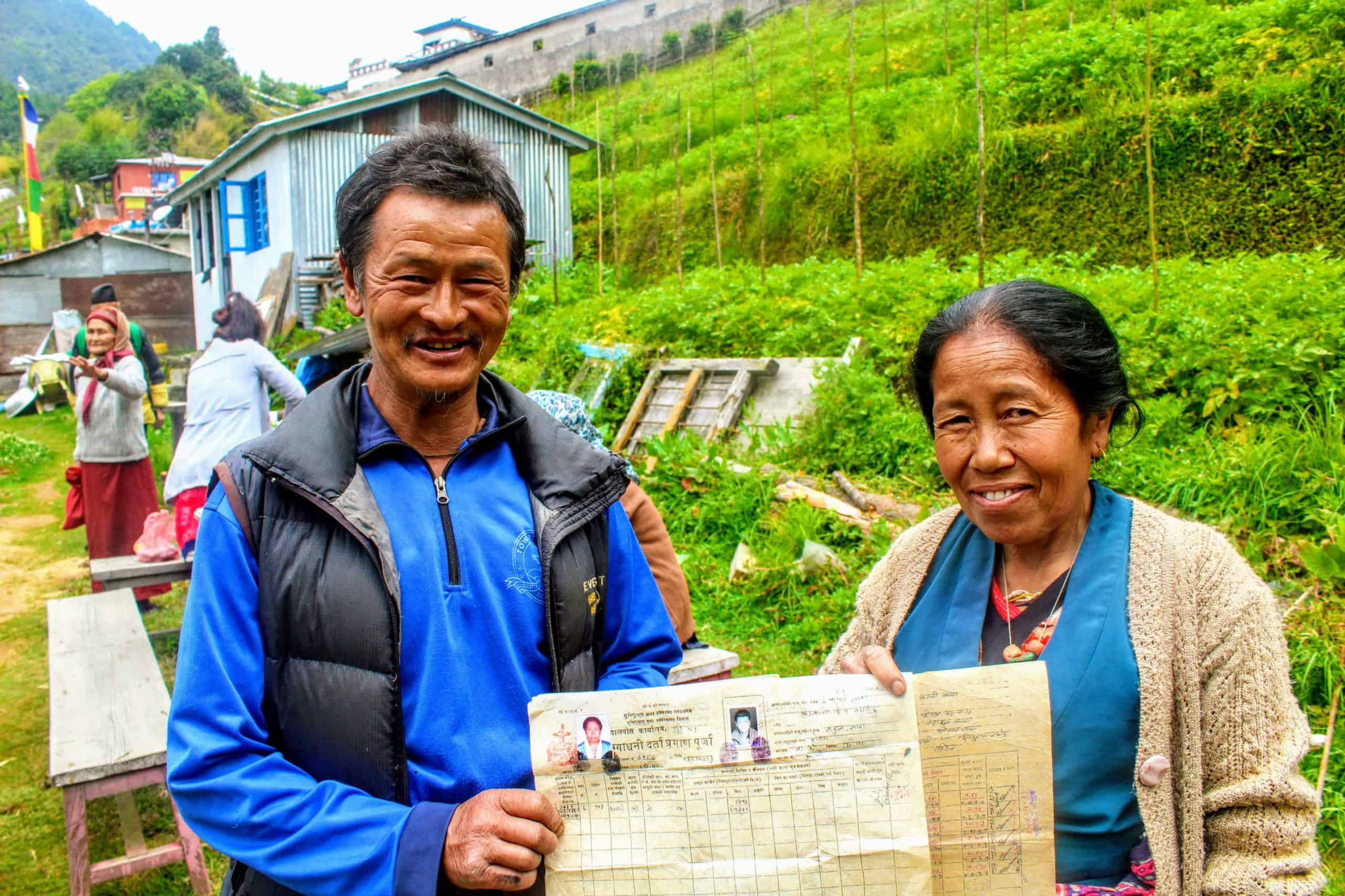 Kanchi Omu Lama, 53, is a resident of Kiul village in Shermathang of Helambu Rural Municipality. There are five members in her family. Their children are away from home for employment.

Helambu has mountain topography. Potato is the main stable produce there. But wild boars from nearby forest make it harder for the farmers to grow anything. Despite the challenges, Kanchi continues to struggle to produce potato and paddy on her farmland. All the farm related works was on her shoulder on top of household chores.

Kanchi recalls, “The idea of equality and women rights were expressed in principles of Helambu Rural Municipality too. Idea was limited only in training and programs. Several Users Committees used to be formed in the village for various purposes and women were included mostly as treasurer just for the sake of inclusion. However, in reality, all transactions were controlled by male members. Women were not heard, consulted, or valued. Women work day and night in the field. But, when it is time to sell their produces, it is always men who make decisions”.

Kanchi never had leisure time; always busy either in the household chores or in the farm. There was no additional shoulder to share the work. However, Kahchi did not have legal ownership over land in which she has spent half of her life. In this context, CSRC initiated JLO campaign in her area which followed by numerous discussions and dialogues to educate about the concept, importance and benefits of joint ownership of land by both husband and wife. Kanchi also took part in some of those discussions and dialogues.

On 31 May 2019, a JLO camp was organized in Shremathang village. There, Kanchi also gained joint land ownership along with her husband Kami Lama in 0.51 hectare of land. During the camp, Kanchhi said, “I was very excited to hear that JLO camp is coming to my area. Therefore, I was the first one to queue on the line to inquire about it. I asked District Land Revenue Officer about necessary provision to gain joint land ownership certificate. He responded positively. Then I asked my husband to wait near the camp and ran towards home to bring land certificate of our farm that was owned only by my
husband until then. Later that day, we were provided a joint land ownership certificate form the government official. That is the most important day of my life, and I will remember it until my last breath. Because it is not just a piece of paper, rather, it is a source of motivation and confidence in my existence and me. Now, my husband cannot sell our land without my consent. JLO campaign has not only secured my land rights, but also ensured my dignity and respect as equal to men.”