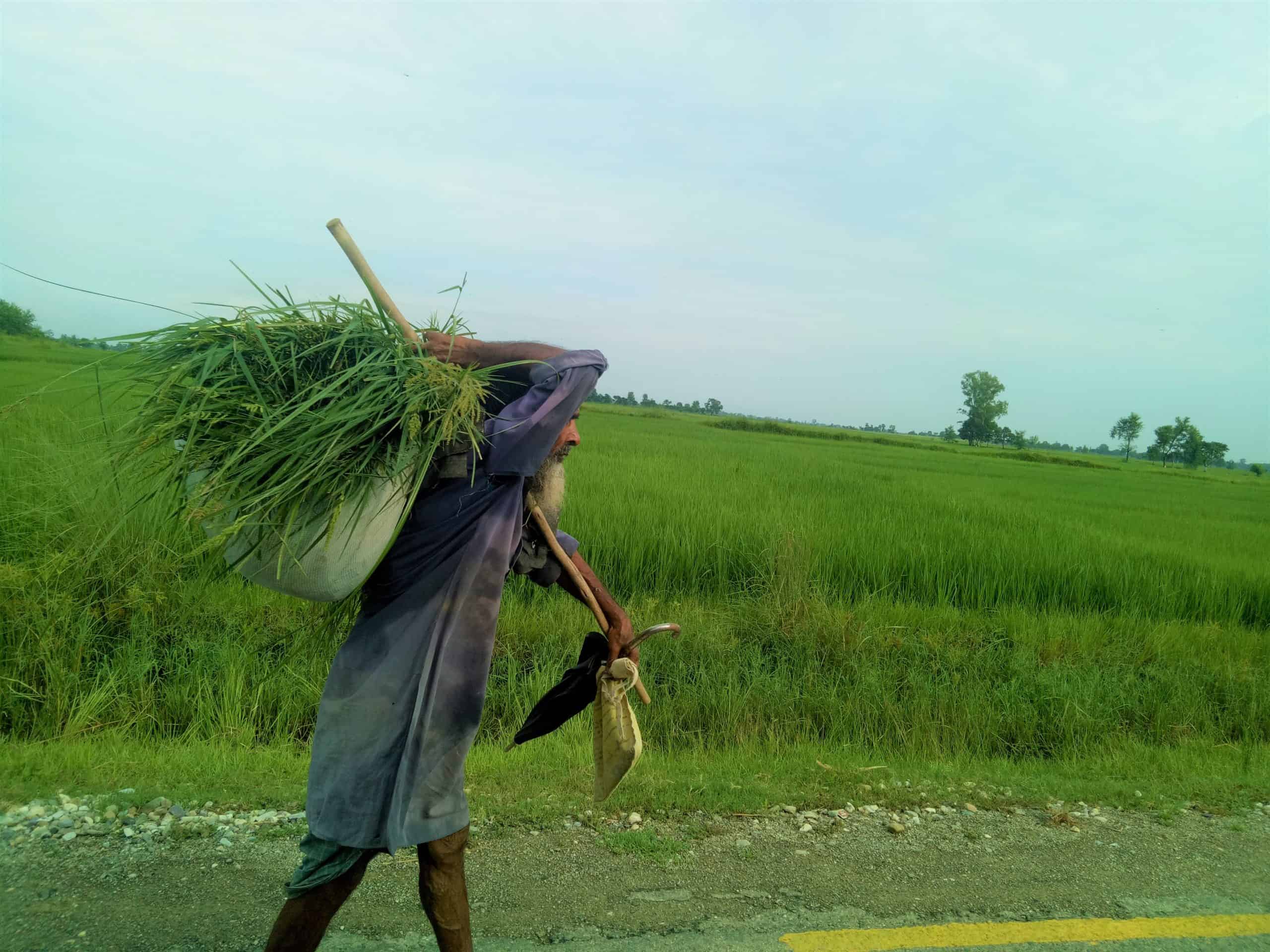 COVID-19 continues to intensify its attack on every sector. This pandemic has triggered a discussion worldwide about the agriculture and food security among others; but early debates lack discussion on what kind of land reform should we look for to achieve agriculture development and food security in Nepal after Covid-19? This brief article aims to intensify discussions to explore the possibilities and rationale of people centered land reform in the face of the crisis.

Land reform remained a flagship agenda of the government for 70 years now. However, the land reform in its real sense has never happened. Huge work-force that lost job during tumult of pandemic in-country and abroad will enter in rural-agriculture sector; which is haphazard and less-developed and complicated by feudalistic land relations. This will create chaos and disorder in the existing land governance and management system.  The concatenation of job losses, disruption in food supply chain and system collapse brought about by the pandemic will, make it harder to maintain usual control and access for small-farmers, agricultural workers, indigenous peoples, Dalit and pastoralist communities and, take land resource away from them.

In order to protect land rights and promote tenure security of land-poor peasant, family farmers, informal settlers, IPs and rural men and women, the government of Nepal should implement people centered provisions – few are already included in the Constitution, policies and laws related to land and agrarian reform.  Land governance situation in Nepal requires improvement as it has scored only 49 on scale of 100 point as per LANDex pilot study for 2019. Equitable land distribution remained a distant dream for Nepal since majority (around 53%) of the families own only 18 percent of total agricultural land owning less than 0.5 hectare each, while 4 percent of the families owning 22 percent of the agricultural land according to agriculture census, 2012. Inequality in land sector is further evident as it is reported that it has 0.51 Gini coefficient index as reported by the National Living Standard Survey, 2011.

Land is being considered to be the crucial resource to be utilized in a more rational, sustainable and equitable way to respond the crisis responsibly with leaving no one behind the transformational process, that transgress the boundaries of inequalities and discriminations. Effort towards people centered land reform are now staggering, as planned programs and policy solutions become obsolete given the emerging situation due to the COVID-19. Secure land rights and recognition of diverse tenure system in the country are of paramount need now more than ever to ensure everyone remains safe and protected from forced eviction during this difficult situation. Constitution has clear direction for people centric land reform program but the succeeding policy measures and state actions are focused increasingly on exploring the technical solution to the historically unsettled issue of landlessness and unequal distribution of land; and remain unable to challenge the existing land inequality to initiate transformative land reform. Instead, there is a policy design to keep control of the elite class over land intact introducing the concept of ‘Land Bank’ in the recent National Land Policy.

Based on the early impacts that the countries and communities have experienced, there is a need for reimagining socio-economic system, and land and environmental governance.

Crisis as opportunity amidst uncertainties

Given these several problems, COVID-19 has at once provided unprecedented challenges and unique opportunities for people centered land reform in Nepal.

COVID-19 is gradually unfolding in different places and government has enforced strict lockdown measures for one and half months now. People don’t know when things return to normal? But there are rumors that things may not return back as they were before corona. In this context, we need to keep trying to change the situation that we don’t want to live in. Agricultural sector is seen as one of the back-bone to shoulder the sudden income and employment loss. So-called experts and political leaders are providing mesmeric speeches on the fallow land across the country without reliable evidence and actual data. This is a blind faith that unequal and underdeveloped agriculture sector would weigh this historic responsibility and protect the country from collapse. Therefore, we need to change the unequal land relations to make agriculture sector more equitable and resilient through people centered measures now.

The facts are unpleasant enough. In Nepal 59.9 percent people currently live in the urban areas. Before Corona there is a situation in which one in every five people is employed in agriculture (20%) (where 8 out of 10 is informally employed), 17.5 percent in industry, 13.8 percent in construction and 62.2 percent are employed in informal sector. After corona agriculture will receive unprecedented number of workers coming from informal sector and overseas employment. Considering these outlooks, we need to weigh our policies and programs targeted to land and agrarian reform.

The government seems to be in a great dilemma as the predictions are not sound-enough to rely on in ever-changing crisis given the huge data gap. Business as usual modality will not fit in the land and agrarian reform initiative in post corona situation as the pandemic has already started to knock-down the established economic and livelihood system. In this situation, government must be able to know the nitty-gritty of the land resource and its potential. There has not been any study on how much land has remained fallow in the previous years? How much land is underutilized? How many more worker can it absorb if utilized properly?  How big the loss that the state faced due to fallow and underutilized land? At present contribution of agriculture to GDP is 27 percent, and no one knows to what extent it can be increased if exploited at its full potential? On top of all, there is no recent data on how much arable land we have? Local governments can start working on gathering these evidences before initiating any ad-hoc steps in the name of enhancing production and utilizing fallow land.

In general, problem lies not in the availability of land, but in the strategic planning and effective implementation of plans and policies.The existing policy orientation is to reduce the reliance on agriculture sector but the pandemic has turned it up-side down and our policy planning need to have a swing of 180 degrees. That has once again shed light upon the neglected land and agrarian reform.  Landlessness in Nepal is resulted not because there is little land but because of the lane lack of equitable land distribution system. According to High-Level Scientific Land Reform Commission, 2010, there are 1,407,100 landless families and 421,770 Hectare land is estimated to be required for them. Meanwhile, government can acquire 4,996,465 Hectare land and can distribute 492,851 Hectare out of it for housing and agricultural purpose.

The situation has drastically changed in last decade, but still there are 1.6 million people remain landless amidst this abundance and more than 250 thousand people are still working as tenants. Around the 25 percent of arable land being used is yet to be brought under the land administration system. There is no specific plan for land restoration. Land is being degraded rapidly in mid-hills and Tarai region. The management and governance responsibility and authorities related to land resource are distributed among different Ministries of the government; which perceive land resource, land rights and land use differently. That has provided significant challenge in the sustainable management of the land and other natural resources.

Civil Society Organizations working on land and land related resources have raised the issues of several incongruities among the sectoral policies, which often contradict and reduce the effective implementation jeopardizing the systemic change in the ground. For example, government has formed a Land Related Problem Solving Commission (LRPSC) which has the authority to settle hitherto land related problems including the distributing land among the landless. Ministry Forest and Environment is openly challenging the commission that it will not allow the land under forest to be distributed for landless and informal settler’s rehabilitation purpose. This sort of activities may jeopardize the over-all aim of nation building and erode the resilience of the state. Therefore, CSOs platform like Land Governance Working Group (LGWG) can play catalytic role in facilitating the integration of all the conflicting policy provisions and build common consensus about national priorities like land and agrarian reform at the first place.

Coordinated effort and support from CSOs have become urgent for two very important task to do immediately: first, conduct comprehensive context mapping of land and natural resources collecting data on land, agriculture and population touching upon the effect of the pandemic. Second the integration of land related policies and laws as a first step toward the people centered land governance.

Immediate actions to be taken

It is a challenging task to maintain land reform a priority of the government at all level as the effects of COVID-19 seem high enough to avert the focus of multi-stakeholders from coordinated efforts for land and agrarian reform and low enough to address the historical injustice and marginalization. However, the recently formed commission can be the perfect suit to perform basic functions in coordination with the land community as it has an authority to solve land governance related problems. There is a little doubt that our leadership is very slow in realizing the unfolding catastrophe and whatever opposition there was to the disastrous policies can easily be silenced.

Benefits from land and natural resources are not uniformly distributed across groups and there are systemic differences between command over resources that poor and rich enjoy. Equity and social justice may be possible through redistributive land reform in countries like Nepal which have a heavy reliance on agricultural sector for employment and livelihood. Many people discuss it as it is not a priority at present. I think post COVID-19 scenario is perfect time to embark into redistribution of land resources, which is seemingly difficult but not impossible if the ruling party dares to do so.

It seems that, during corona while we all are on a self-quarantine due to movement restriction and strict lockdown, Policy makers, decision makers and CSOs can prepare and discuss all the possibilities for people centered land reform program. Following tips are recommended to consider while developing land reform program:

Widespread effect of COVID-19 and haphazard initiative towards rights and recognition of land-poor group has somehow frontiers for people centered land reform little bit obscure. Post-COVID-19 days seem to be thorny bar instead of being velvet ladder for agrarian communities if re-distributive measures to land reform are not taken seriously right now. In this vain, increased multi-stakeholder dialogues have become urgent to break-through the paradigm-shift in the policies and practices that adhere to the people centered principles. Possibility of reforms in existing land governance to meet the national targets for development and to contribute in realizing the national objective of making ‘Prosperous Nepal, Happy Nepali’ has now increased. 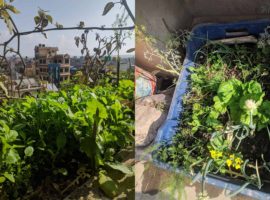