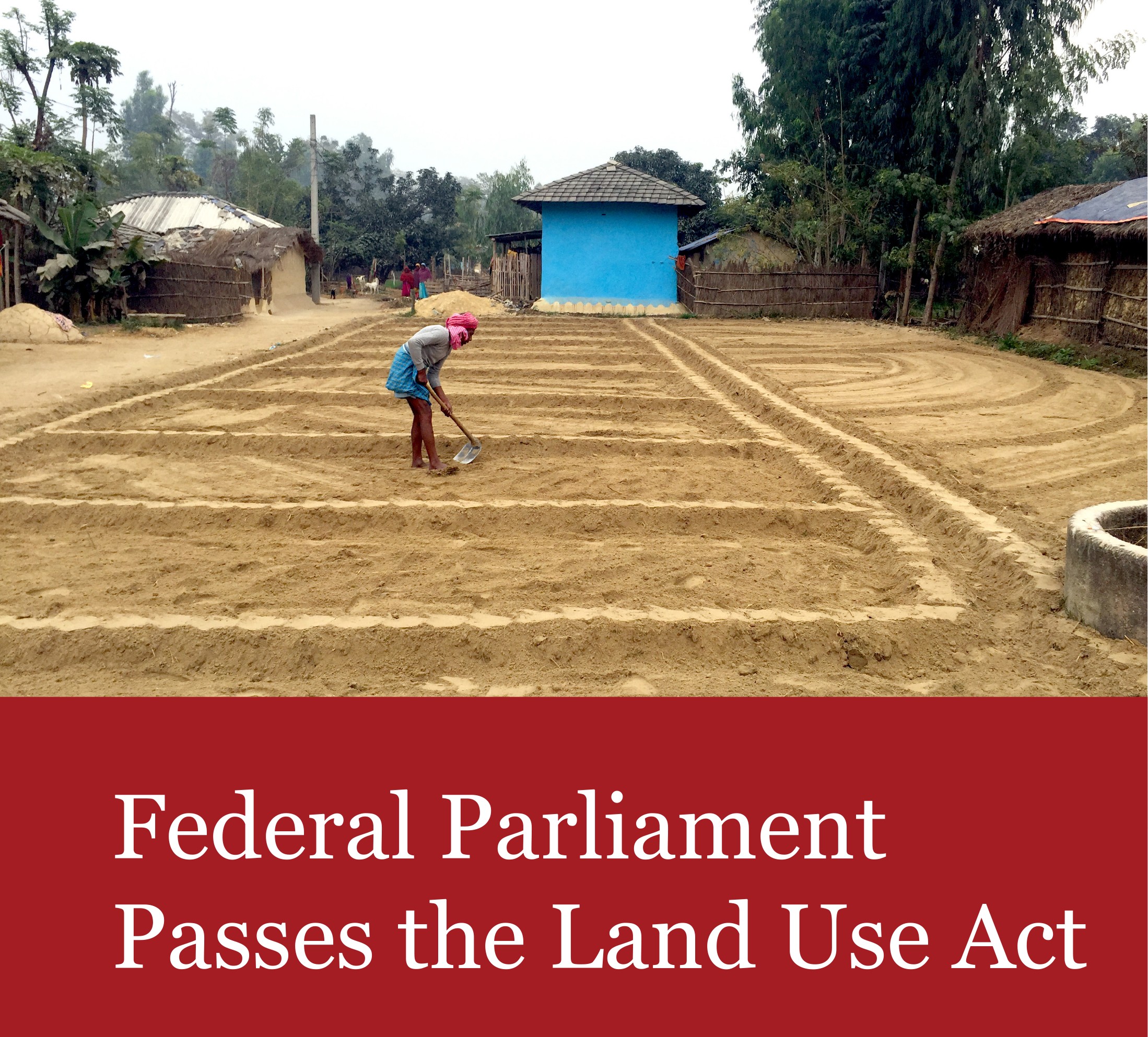 On the 10th March, 2019, Nepalese federal parliament endorsed the Land Use Act to regulate land management and ensuring sustainable use of land resources in the country.The government formulated National Land Use Policy in 2012. But the policy remained unimplemented because of the absence of necessary regulations for its implementation. Later in 2015, Land Use Policy 2012 was amended considering political changes and effect of the earthquake of 2015. After 2015, there was constant discussion and feedback from different stakeholders, the Land Use Act possible to endorse from the Government of Nepal and parliament. This Land Use Act has long-term significance for land and agrarian reform in Nepal. Overarching aim of this Act as mentioned in its preamble is to utilize maximum land resources and long-term benefits of all sections through land classification, proper use and effective management to achieve national goal. Now, based on topography, aptitude and appropriateness, existing use as well as necessity, the available land will be classified in nine different categories, namely – agricultural, residential, commercial, industrial, mining-mineral, forest, river-lake-wetland, public use and cultural-archeological. The Act has given special importance to the agricultural area. It also allows using any other categories of land for agriculture until that land is used for its specified purpose. Ministry of Land Management, Cooperatives and Poverty Alleviation (MoLCPA) will have to ensure that all 753 local governments prepare their land use maps within a year. While preparing such maps, locations that are highly vulnerable to natural disaster, should be identified and indicated; and, local governments will have to be supported in preparing land use plans. The federal, provincial and local governments will have to prepare an approach (base) paper for long-term land use plan by studying various issues including context/status of land, types of land, population growth rate, land requirement for food production and settlement, increment in demand of land for economic and infrastructure development. Based on this approach paper, the federal, provincial and local governments will have to develop a land use plan and approval should be taken from the Land Use Council in their respective level of government to implement the plan. While developing the plan, the local governments will have to prepare separate plans for rural and urban areas. Once the land use classification maps are prepared, land ownership records and certificates should be updated accordingly. When the land is classified for one purpose as per the Act’s provision, cannot be used for another. If there is need to use the land for other purposes an application will have to be submitted at Local Land Use Council. However, there should be clear justification on the need and situation of using one categorized land to another. This act has also tried to address the highly debated and controversial issue of land fragmentation and plotting. It includes the possibilities for land integration for settlement and agriculture. Under this provision, local governments themselves can formulate policies or procedures and manage land based on the categorization which are appropriate at local level. The Act also has provisioned to develop basis and criterion to control land fragmentation.

The Act prohibits constructing new houses or other such infrastructures on agricultural land, except for existing structures. In other words, if someone already has a house on the agricultural land then he/she does not have to demolish the house. One of the most important provisions of the Act is that any land other than classified for settlement/shelter cannot be used for commercial plotting and selling. This provision has completely prohibited in buying and plotting of any agricultural land without taking prior approval from local land use commission. Now, variation in land’s valuation and tax rates has become possible, depending on the nature of land. There is also a provision to form federal, provincial and local level Land Use Council. The federal Council comprises of thirteen members and is chaired by the concerned minister at federal and provincial level. There will also be a provincial level Land Use Council comprising of seven members at the provincial level, chaired by the state’s concerned minister. In the case of a local government, respective rural municipality or municipality will act as the Local Land Use Council. At the local level, there will be also a Land Use Implementation Committee, chaired by respective Chairperson/Mayor. This committee comprises of ward chairperson, heads of agriculture, forest, land, urban development and physical infrastructure sections within the local government including four stakeholders and two women. The Chief Administrative Officer of the respective local government will act as a Member Secretary. Local Committee has critical roles and responsibility for the implementation of the land use plan and proper utilization of land as approved by local Land Use Council. This Council prepares a ward level land use plan in each ward, implement awareness programme on land protection and its sustainable use, monitor whether agricultural land is used properly or left barren, identify public land and make arrangements to use that for public welfare, recommend individuals or organizations to be awarded for their significant contribution in land use. This Act expects many substantial duties as mentioned above from the local level while previously they had no duties other than simply providing general recommendation regarding land and collect tax. This shift is very important in relation to proper use of land. Ministry of Land Management, Cooperatives and Poverty Alleviation (MoLCPA) had been working in the draft bill since the last four years. During the formulation phase of this Act, Community Self Reliance Center (CSRC) has been also engaged actively with Ministry. Ministry and CSRC jointly organized regular dialogue sessions with diverse stakeholders working on land, group of policy experts, parliament members and community people and provided feedback on the draft bill. The learning and best practices of other countries have also been taken into consideration while preparing a policy brief for land use act. National Land Rights Forum has also engaged with this process in various activities. Action Aid, Oxfam, Care Nepal, International Land Coalition, UN Habitat, DANIDAHUGOU, GF and ANGOC also provided support for this process. All the 753 local governments will prepare land use plan as provisioned by Land Use Act. For this, they do not have enough human resource with them. Considering the current context, capacity, staffs and elected representatives of local governments at local level have become an urgent need. Similarly, they will also require significant support to facilitate the formulation of local procedures and implementation of land use act. 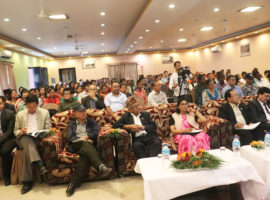 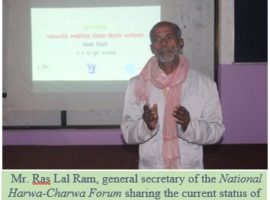 Advocacy Strategy Development Workshop for the Harwa-Charwa Movement of Emancipation