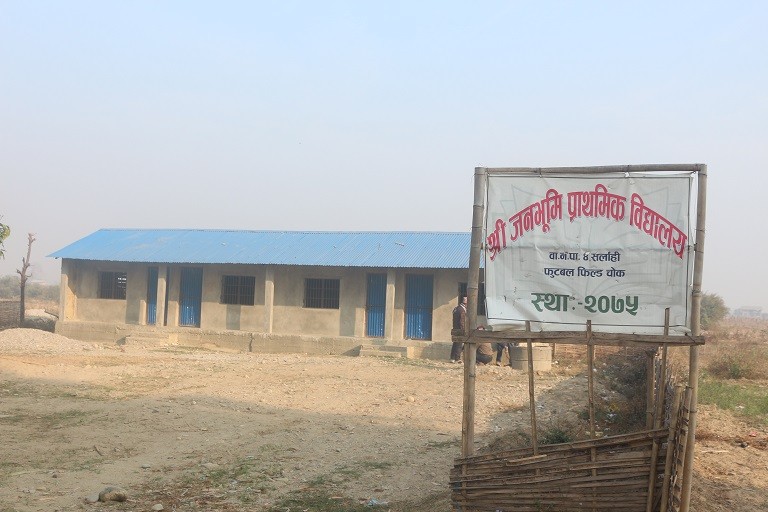 Sagarnath area of Sarlahi district had thick forest before 2005. Gradually, the forest smugglers cleared the forest and sold the trees inside and outside of Nepal. Many people who were living along the bank of the rivers of Makawanpur, Sindhuli, Parsa and other districts came to live inside the area. They cultivated land and grew food crops. They also constructed small huts near the cultivable land. When the landless people started living in the area, the Government of Nepal provided the area to Asian Development Bank (ADB) to plant trees for 30 years. ADB started working through the Sagarnath Forest Project in the area. The project hindered the people to construct homes, to cultivate land and frequently threatened them to evict from their homes. Sometimes, the project staffs used to come with security forces and start burning their huts. The landless, land-poor and vulnerable people did not have any alternatives but to be organized in defense of such interference and illegal act of the project officials. They asked project team for their alternative settlement before being evicted. Several times, the project destroyed their homes. The people immediately constructed new huts and were ready to take any risk to survive.

CSRC supported their movement and asked them to be adamant in their movement. The local community were organized for Village level Land Rights Forum (VLRF) in 2000. However, their children were deprived of health and educational access, as there were no schools and health centers in the village. The school going children were working in the village with their parents. The members of VLRF decided to establish a school by taking resources from local governments and met the representatives of for allocation of necessary budget. As per the demand of the members of VLRFs, local governments’ representatives agreed to allocate necessary budget for school building.

They had only their homes in the same place. The chairperson of Janakalyan VLRF Sharada Prasad Ghimire said, “A large number of youths including my son and daughter never got the chance to go to school. We requested the representatives of local government for the allocation budget to construct school in this village. Finally, they agreed on it. The local governments allocated Rs 400,000 for school construction. However, the amount was inadequate to construct even a single building. The members of VLRF worked free of cost. Finally, a beautiful school building was constructed in the village”.Now, a total of 114 students in­cluding 60 girls are studying in the school. The newly established school is named as Janabhumi (People’s Land) Primary School to establish the identity of land rights campaign for long. The members of DLRF are now planning to es­tablish a health post, and the local government is positive towards their agenda. Chairperson of Dis­trict Land Rights Forum, Jeet Ba­hadur Gole said, “The children of Sagarnath will be policy makers, government officials and politi­cal leaders one day. Let the buds bloom.”