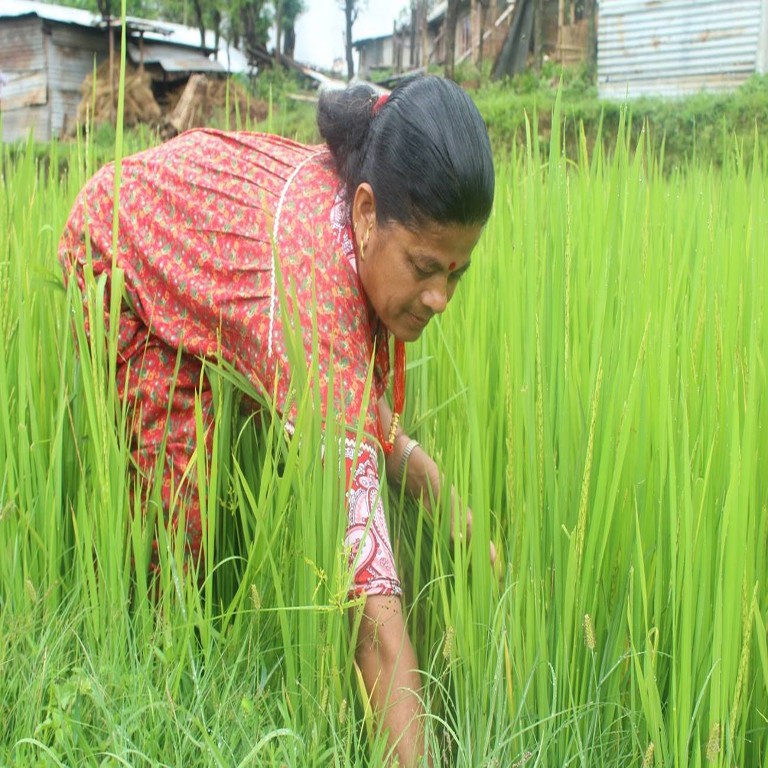 Konu kumari karki and her family of 5 are one of the typical examples of rural families of Nepal. Like other’s Kumari family was also affected by massive earthquake of 2015. Konu shares “Our ward was worst hit by quake. Death toll was highest in our area. Few days were spent in despair and empty stomach. Tarpaulin was shelter for 3 houses during that period. As relief from agencies and government arrived we upgraded to transitional shelter of our own”

Farmers of Helambu rural municipality ward 7; Ichok had horrendous sufferings from quake. Konu also being one of them adds “Transitional shelter was for living. But our production was still rotting in open air. Reptiles added to the intensity. After 2 yrs and 6 months in transitional shelter, government announced grant of Rs. 3lakhs. 2 rooms were not enough. While for bigger house we had no savings. Dilemma of construction piled. Neighbors started construction from government grant. All complained about the tedious process. We decided to choose the alternative and go for HELVETAS as they had their own technicians and mobilizers.”

Currently, konu kumari karki and her family have a 3 room disaster resilient house. She shares “Agencies not only constructed my house but established my ownership in land as well. After 16 yrs of marriage I am legally owner of my house. I have no words to express my gratitude. We worked together to run our family. But Ownership was of husband alone. Constant fear of him selling land predominantly occupied my mind. Thanks to CSRC and HELVETAS this fear is now gone.”

Lastly, Konu kumari karki adds “We all want to stop gender discrimination but the plight was how. Joint land ownership (JLO) is the answer .In the beginning; all were skeptic on what would happen of a single name being added in ownership. I have felt the change now, my decisions are also respected. My confidence is also boosted. Orientation on JLO is being made in area regularly. I also participate and suggest all to make JLO’s for creating women stance in society.”