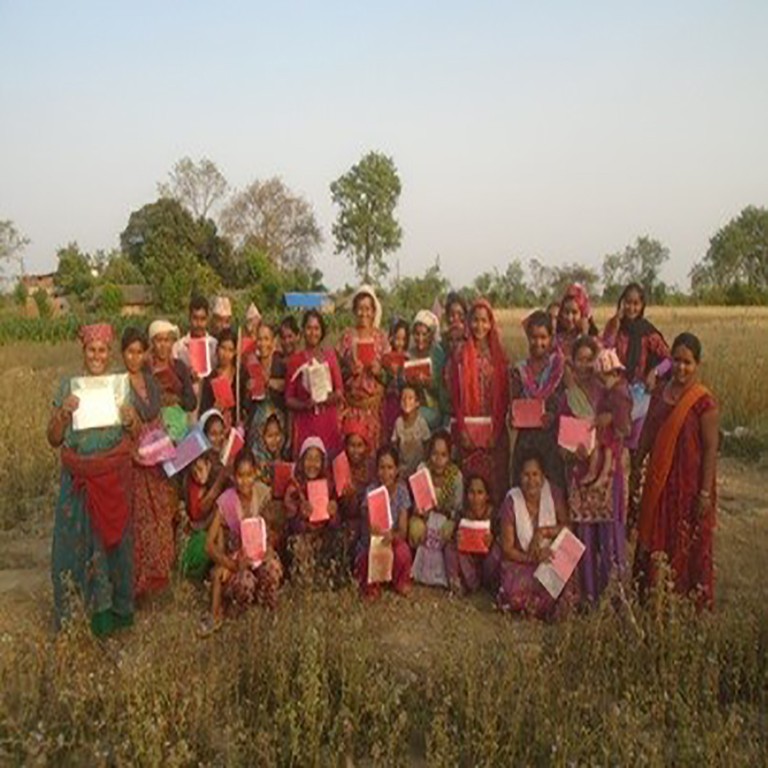 There was a village of 33 landless households in Guleriya municipality-4 of Bardiya district. The landless people had been living there since 1987. The land where they were living remained unregistered and belonged to government. The landless farmers were struggling to get land rights certificate for long. However, due to the apathy of government’s officials they were deprived of having access to land. Meanwhile, the DLR, Bardiya formed a village level land rights forum (VLRF) in 2006. Since then the VLRF had been continuously working for claiming their access to land through collective efforts.

Unfortunately, an unintended catastrophe occurred in the village. In a night of 2015 the whole village was swept away by massive flood of village. Six members of the village were killed in the flood. Many organizations including DLRF distributed relief amount to the flood’s victims. Several discussions were held to include the name of the landless and land-poor farmers in flood victim’s list. Although the name of the flood victims was listed as beneficiaries for getting relief the land where they were living remained still unregistered in their names. Meanwhile, the government of Nepal decided to provide Rs 300,000 (three hundred thousand) to each household of flood victims. Provision was made to provide the amount in three tranches. It was mandated that the flood victims would only get second tranche when they complete the Damp Proof Course (DPC). However, they were deprived of getting second tranche due to the lack of land rights certificate.

The DLRF raised their issues with district level stakeholders. Several discussions were held to provide land to the landless flood victims. The same issue was also raised in the meetings, dialogues and other programmes conducted by CSRC and MoLRM in central level. After several attempts the MoLRM dispatched a letter to district land revenue office of Bardiya. After getting ministry level decision the district land revenue office urged the DLRF to submit recommendations of beneficiaries. Following DLRF’s recommendations the 33 landless flood victims acquired land rights certificate of 0.67 hectare of land. Gopal Singh Rana, one of the flood victims said, “We have acquired land rights certificates after long struggle. This achievement became impossible without assistance of DLRF, Bardiya and CSRC. This certificate paved way to construct our homes.”