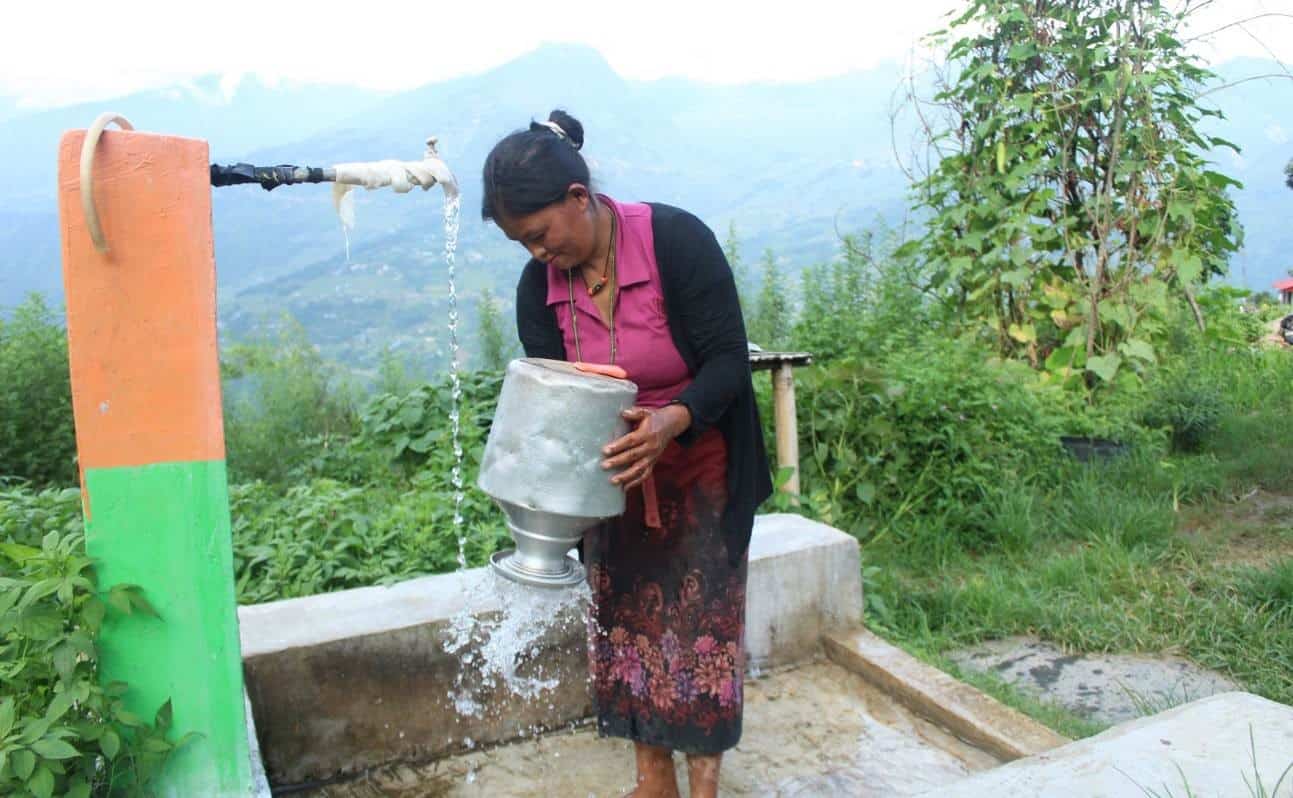 Dawa Tamang got married before sixteen years in Aarundanda, Banskharka. She has spent half of these years fetching water from different sources. She had to walk at least an hour to fetch water.  Dawa shared “Water crisis was acute in our village from the beginning. Half our day used to be wasted for managing water for our daily chores. I have walked for more than an hour to fetch a vessel of water during my pregnancy as well. For more than ten years, seven families of our tole/settlement were depended on a single community tap. However, few years back that tap also dried. We were compelled to go to search for water sources in the jungle for fulfilling our daily needs. In the monsoon, it was dangerous to go in to the jungles. We use to drink water collected from our roof top despite its adverse effects. I use to scold my children to minimize the use of waters. Dry seasons were the most dreaded.”

After the earthquake, the situation of Aarundanda further deteriorated. The community was compelled to depend on the natural water source (Kholsi) for their daily needs. She added, the issue of drinking water was raised in the local level elections. But, none of the promises yielded any results. Fortunately, CSRC and CARE Nepal agreed to support in the drinking water scheme of Banskharka. A consumer committee was formed for constructing the drinking water scheme.  All the works for building the scheme were led by the community members themselves. Technical trainings such as plumbing and maintenance were provided to community members for sustainability of the scheme. A maintenance fund has been established. We are planning to utilize this fund for betterment of water scheme in participatory manner.”

Currently, thirty three house of Aarudanda have a personal tap. A meter has been installed in all the taps to collect revenue for the maintenance of these tap. Dawa shared “Now, my two hours wasted for fetching the water is saved. My workload drudgery has been significantly. I utilize the waste water from the tap in my vegetable farm. The sanitation and hygiene related works are effectively followed by my children. I can see the changes in them.”